Alberta Liberals, friends, family, former colleagues and students are shocked and saddened by the sudden and tragic death of Weslyn Mather last Sunday.  She will be missed by everyone who knew her but most of all by her family and friends. 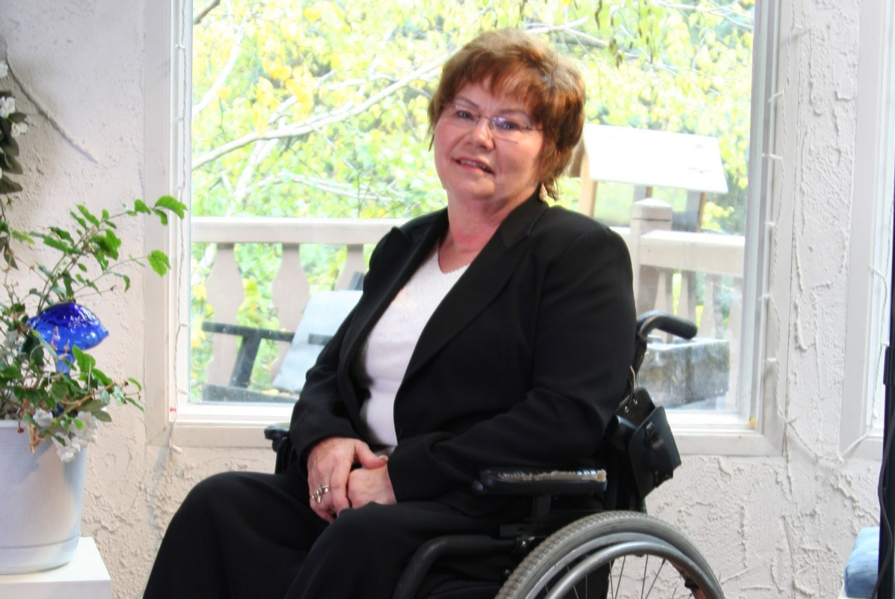 Here is a small sample of recently posted comments on Face Book:

I remember her compassion and always being there when someone needed to talk. I loved helping her and Dick her husband during his political career. She was a amazing teacher and a wonderful friend. She will be deeply missed. Rest in paradise my friend. (Joan Visschedijk)

I'm so sorry to hear of Weslyn Mather 's death. That just doesn't seem fair. She had such a big heart and worked so hard on so many different causes. (Laurie Blakeman)

I was impressed by Weslyn’s deeply sincere commitment to public service, particularly her advocacy for the welfare of children. She was also a powerful advocate for accessible childe care fore everyone, an issue Alberta struggles with to this day. I was very saddened when Weslyn lost her bid for re-election in 2008; she was a wonderful MLA and public servant, and the Alberta Legislature was a poorer place without her. (Earl J. Woods)

I am very saddened today after hearing of Weslyn's passing. Having done many interviews and elements for her television commercials, I got to know her very well. We were always friends. I will spend some time going through the tapes and reflect on a Great and Caring Woman and Friend. R.I.P. Weslyn. (Jim Tustian)

Weslyn’s deep interest in people began as she  grew up in the Crownest Pass. Family meant a lot to her; she made numerous trips to the Crowsnest Pass, Calgary and Rocky Mountain House to celebrate birthdays, weddings and reunions; she even officiated at several family weddings.

She was popular in school, an honour student and she LOVED to dance and participate in sports. At a summer job as a carhop in Cranbrook, she met the love of her life, Dick Mather, who was a d-jay in the early days of his radio career. Early in their marriage, Weslyn and Dick lived in Niagara Falls.  She fulfilled a long-time wish to return there last year when she was accompanied by a good friend.

She and Dick moved to Edmonton where she worked as a teacher at Grace Martin School. Eventually she received a Masters in Educational Psychology and became a successful high school counselor and assistant principal at J.Percy Page School.

Weslyn’s involvement in politics began when her husband, Dick Mather, was elected as an Edmonton Public School Board Trustee in 1983, a position he held for four terms.  He left school board politics in 1995 to successfully run as an Alderman for Edmonton City Council. Tragically, Dick died of a heart attack before finishing his first term. In his role as trustee and city councilor, he was widely respected as a man who had a deep love and compassion for others, values he shared with Weslyn. Right up to the end Weslyn talked often about Dick, their love, and his devotion to her and to the public good.

In 2004, Weslyn was elected MLA for Edmonton Mill Woods, and served as the Liberal critic for children and family services. In this role, she won the respect of all parties, and worked tirelessly to assist individual families and to bring about improvements in family and children’s services. Weslyn often spoke fondly of those years, and valued the experience of working with the Caucus which at that time was led by Dr. Kevin Taft and included Dr. David Swann and her friend, the late Rick Miller. Although she was unsuccessful in further attempts to win back her seat, she continued to work hard on behalf of those less fortunate.  In recent years she served as President and Past President of the Alberta Council of Disability Services.

As a political candidate, she attracted a group of very talented and caring supporters who were committed to helping her win because she would be a great MLA or trustee. She was motivated by her compassion for people, by her vision of a more just and caring world, and by a genuine and deep desire to make a difference. She yearned for a higher level of politics and often spoke critically of negative and confrontational politics. Weslyn strongly believed in the politics of dialogue, debate and consensus based on respect and understanding. People listened to her when she spoke.  Her words held wisdom and compassion and were meant for people of all persuasions.  She was very pleased with Justin Trudeau’s victory, not just because of his more progressive vision but because of the positivity he exudes.

Weslyn also had strong personal interests. She loved dogs and the birds that visited the bird feeder off her deck -- especially the blue jays. On Remembrance Day this year after Richard participated in the Services with his cadet group, the two of them sat on the deck for several hours watching the jays and nuthatches and a squirrel fighting over the peanuts that she would put out for them.  She also loved the fact that deer would frequent her back yard, and she would watch them through the window. Visitors to her home would always be greeted by a least one and more likely two friendly dogs. She had a strong commitment to the environment, and supported the Alberta Wilderness Association, an organization whose Executive Director is her sister.

She loved Elvis Presley and all things Elvis!  She had tons of his memorabilia and used to host Elvis Presley themed parties.  She also reveled in the music of the late '50s and 60s and had a juke box to prove it! She rediscovered cruising once she discovered that cruise ships were now more accessible to wheelchairs.  She took a cruise down the Mexican Riviera last year and was looking forward to a cruise in the Caribbean this coming February. Weslyn loved to entertain and was a gracious hostess at numerous barbeques in her beautiful yard or parties in her spacious house or workshop.

All of us who knew her knew a woman who was filled with kindness and caring, love and compassion, strength and determination. She viewed every obstacle as a challenge, and every challenge as an opportunity. She was filled with enthusiasm for all the positives in her life, including her loving family and friends.  In spite of the fact that she was bound to a wheelchair as a result of a car accident when she was a young woman, she drove, cleaned her house and even gardened. Weslyn refused to give in to her handicap and lived a very independent life. At an age when she should have been able to enjoy being a grandmother, she assumed responsibility for raising her grandson Richard who is now 12 years old.

Weslyn’s family, her many friends, her political colleagues and supporters, her former students and teaching colleagues, people from all walks of life and from a wide range of beliefs will honour her memory and cherish the many ways in which she made our world a better place.