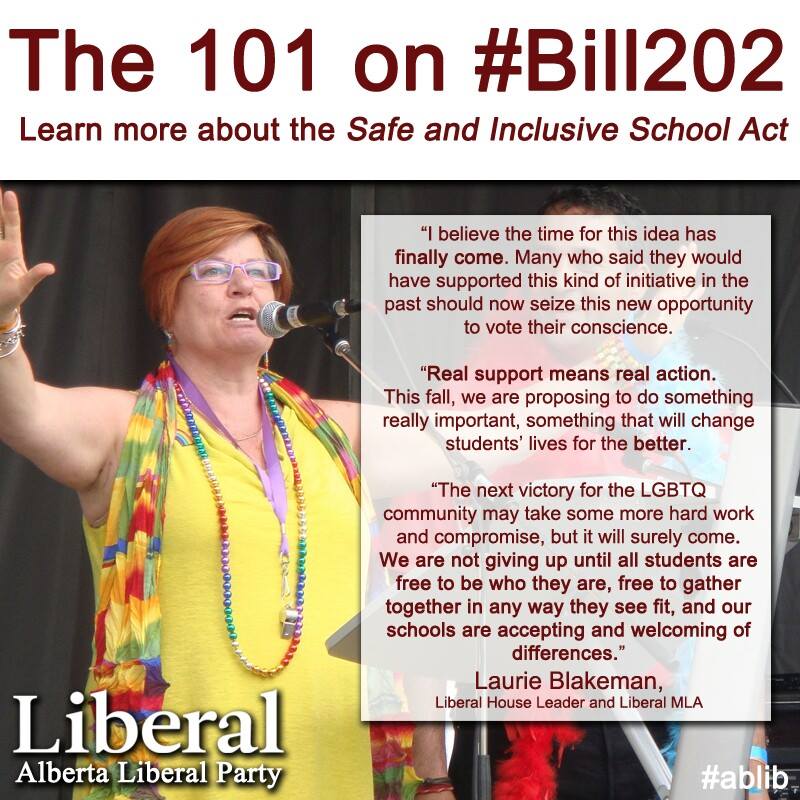 “I want to emphasize how difficult of a decision this was for our Caucus,” says Blakeman. “Our MLAs and staff worked incredibly hard preparing for this session trying to get answers from the government.

“It saddens me that the PCs took advantage of it to prevent debate on a very important issue to so many Albertans.”

On Monday, the only day of the week during which Private Members’ Business is considered, the PC government surprised opposition MLAs by informing them that they planned to discuss 9 Written Question and 9 Motions for Returns filed by the Alberta Liberals.

What followed was a lengthy filibuster detailing why the requested information was either not available or would not be released.

“In my 17 and a half years as an MLA, I have never seen early consideration of Written Questions or Motions for Return,” says Blakeman. “There was no legislative reason to bring them up early, especially since they clearly intended to reject them all anyway.

“The PCs are using them as stall tactic so that my bill does not come up for debate, and given its importance, we cannot allow this to continue.”

The government filibuster went on for an hour and 40 minutes, out of 2 possible hours, and the responding ministers used their speaking time primarily to promote recent government decisions or announcements. At the end, debate on both Private Members’ Bills were pushed an extra week.

Bill 202, a comprehensive piece of legislation designed to make our schools safer for all students, is now expected to come up for a vote on December 8.

“The government should have the courage of their convictions and allow the debate on Bill 202 to go ahead,” says Blakeman. “Their efforts to try and delay this important discussion is nothing short of shameful.”