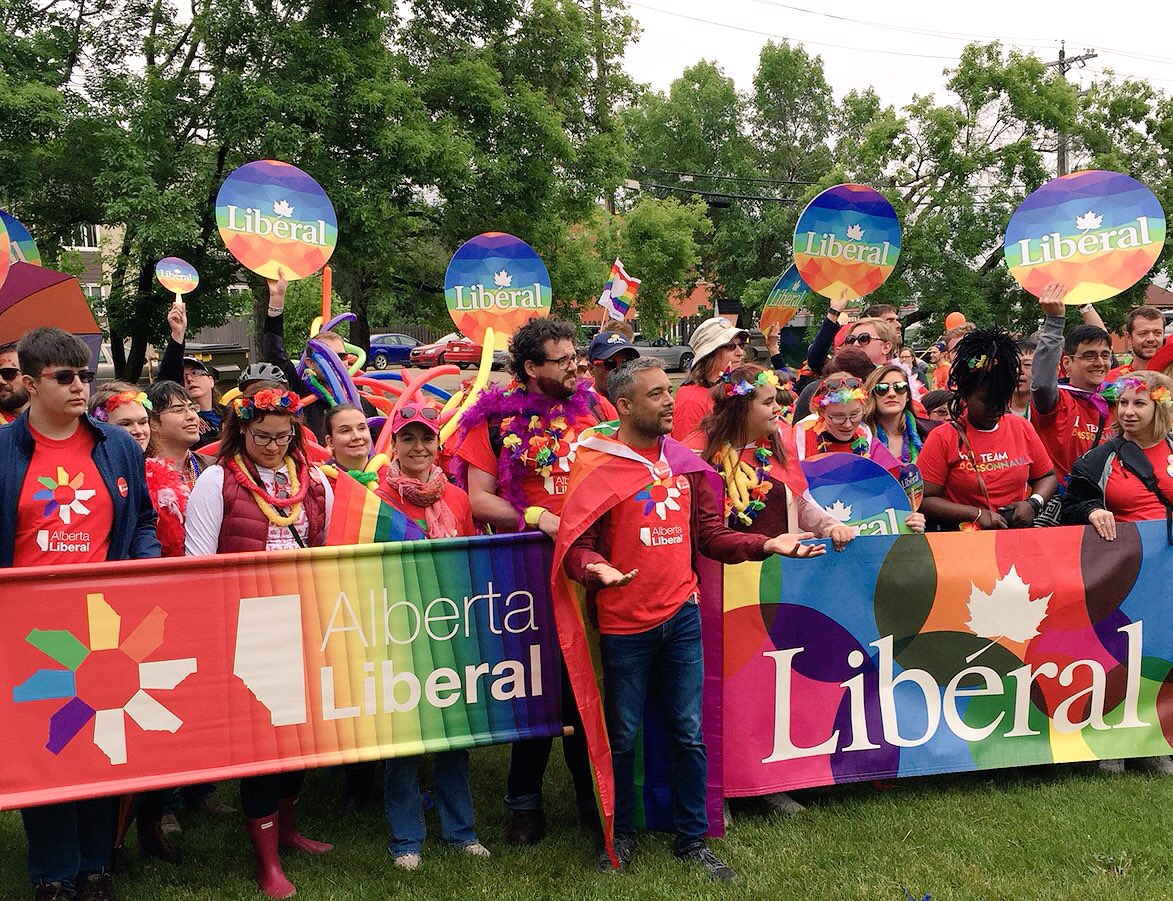 The First Openly-Gay Leader in Alberta

The new Leader of the Alberta Liberal Party is the first openly-gay leader in the province, a fact that he pointed out in advance of the Edmonton Pride Parade.

David Khan was elected as the head of the political party last weekend.  “I am a proud gay man and I grew up in Alberta, I know the challenges that our youth are confronted with and continue to face,” he declared at the parade.

NDP Premier Rachel Notley was expected to participate in the event.  The leaders of the right-wing opposition, Brian Jean, of Wildrose, and Jason Kenney, of the PC party, however, were absent.

Their respective parties said they missed the deadline to participate in the parade, and cited previous engagements for the leaders.  They sent deputies instead.

Wildrose and the PCs concluded an agreement in May to unite the two parties, but must first get approval from their memberships.