Premier Jason Kenney rushed to the roulette table after getting elected and bet $1 billion annually on corporate tax cuts, which he assured us would create jobs. But the jobs never came. Next, he shuffled over to the slot machines, where he spent another $30 million per year on a disastrous energy War Room. Then Kenney flipped the coin on the Keystone XL pipeline and gambled away another $1.3 Billion.

Kenney has been quick to make risky bets, but he's failed to count the cards, and now the odds are stacked even higher against Albertans.

Alberta’s unemployment rate remains high at 8.5%, the War Room has done nothing but embarrass Albertans internationally, and the Keystone XL pipeline is a dead project.

But the scale of these debacles is nothing compared to Kenney’s riskiest bet of all. He gambled with Albertans’ health and wellbeing and bet against the 4th wave of COVID-19. Jason Kenney said Alberta was “Open for Summer”; he said the modelling didn’t require new restrictions; he said we were moving from the pandemic stage of Covid -19 to endemic and eliminated contact tracing. 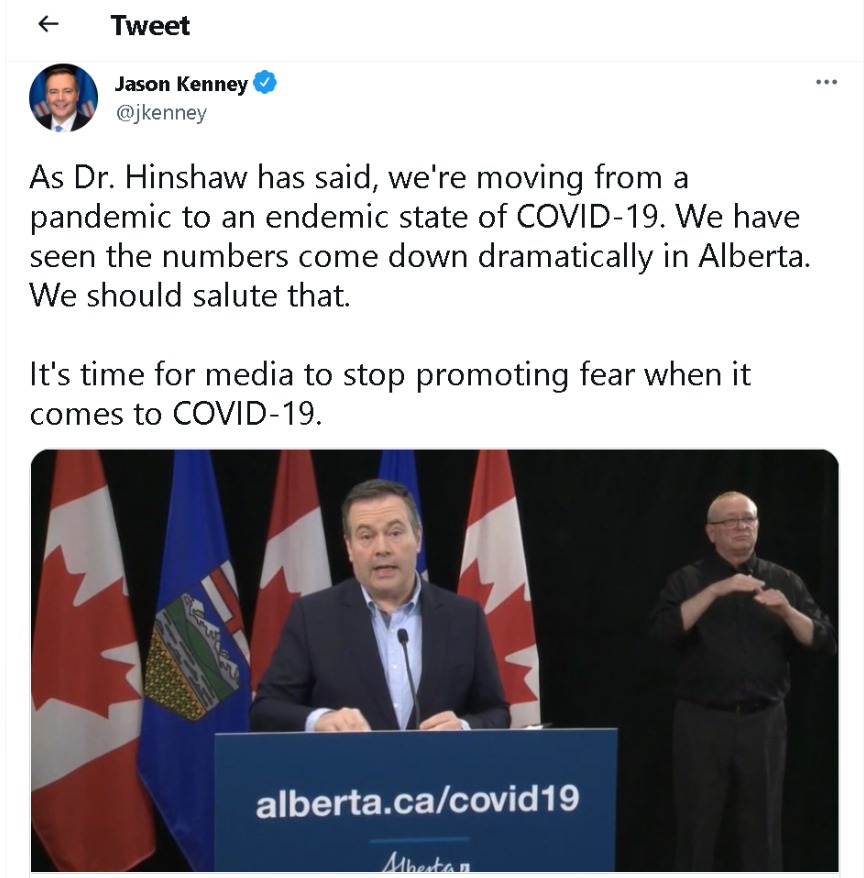 And where are we now? Over 1000 new cases daily and rising, Calgary hospitals have cancelled all elective surgeries, and healthcare workers are warning of a healthcare system collapse.

He appears numb to the consequences of his actions and inaction, and he refuses to stand up to his reactionary caucus.

There’s no undoing the harm his reckless risk-taking has caused, but there is a way to put a stop to it. That’s by voting Jason Kenney and the UCP out of office.