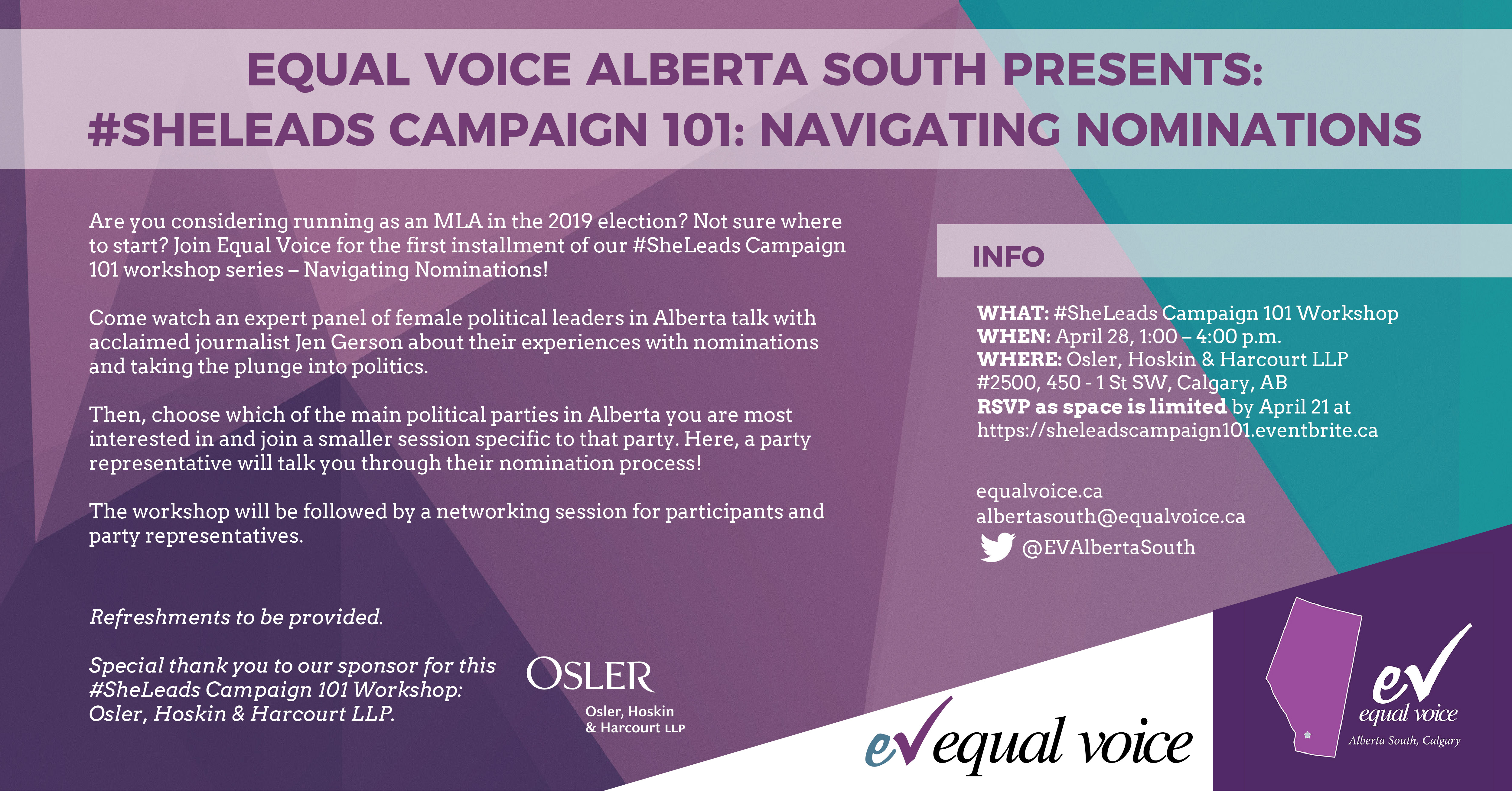 As part of Equal Voice Alberta South's #SheLeads campaign, they will be hosting a series of Campaign 101 workshops focused on different aspects of the campaigning process. The first workshop will focus on demystifying the nomination process and will be held on April 28 from 1-4pm  at Osler, Hoskin & Harcourt LLP in Calgary. The program will be as follows:

The workshop will feature a panel of Alberta female politicians, followed by party-specific break out sessions where participants will learn about each party's nomination process from a representative.

We are delighted that Michelle Robinson, Liberal Party of Canada Indigenous Commission National Organization and Membership Chair will be representing the Alberta Liberals on the panel.

The #SheLeads campaign, launched on International Women’s Day, is partnering with Alberta’s provincial political parties to encourage more women to run in the next provincial election.