“I was greatly disappointed to learn of the Montreal Metropolitan Community’s formal rejection of the Energy East pipeline.

“Enhancing market access for Alberta’s energy products is in the best interests of all Canadians, including Quebecers, and Energy East represents an environmentally responsible and economically sound way to achieve that. It is a win-win that all Canadian jurisdictions need to recognize the net benefits of and get behind. 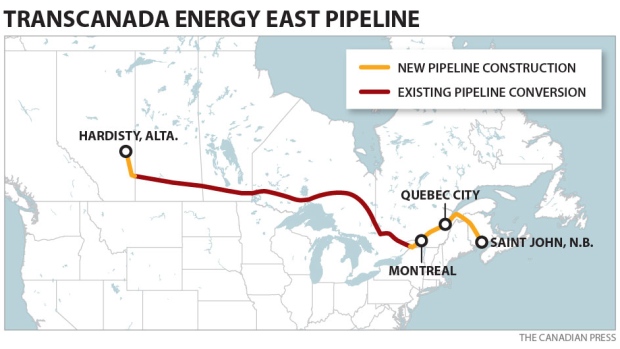 “We need to stop shooting ourselves in the foot by putting up unreasonable provincial or regional barriers to greater energy security that can surely be overcome by dialogue, compromise and a greater appreciation of the long term national interest. We could become independent of Middle East oil and build unity across this great country.”

“And unlike Keystone XL, where approval was completely dependent on another national government, the fate of Energy East is in our hands. We’d be wise to recognize that and find a way to get on the same page.”