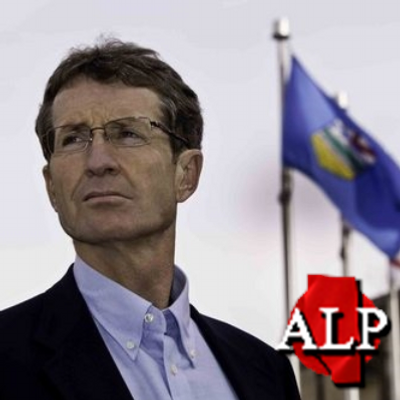 Just prior to the release of today’s budget, David Swann made this statement in the Alberta Legislature:

I have an opportunity to rise today and speak on an issue that is top of mind for most Albertans.

I’m referring of course to the impending budget and our children’s economic future.

In the last week or so Albertans have been bombarded with economic notions and posturing from all sides of the political spectrum. One side would have us borrow 10.4 billion with no clear plan nor timeline for balance or repayment. The other side would have us cut 2000 jobs from the civil service in the name of austerity while saying this won’t impact frontline services for Albertans. The PC party would ‘Engage’ with Albertans, hoping that talk and better listening will erase memories of decades of financial mismanagement.

Albertans deserve better than ideological platitudes. The serious issues facing this province transcend the easy labels of left … or right … or center.

Our healthcare system is the most expensive in the country – with mediocre results. One merely has to look to today’s report on growing cancer wait times. We know how to save millions – we need leaders that will make the changes needed in managing our top-heavy system.

Our power grid has been overbuilt, subsidized by oil royalties and ignorant of the environment. It will soon cost businesses and individuals far more for power than we’ve paid in decades.

100 years of promises to diversify our economy have resulted in naught. The lowest tax regime in the country didn’t create businesses that would sustain our economy through an oil crash… nor did the subsidies to some of the largest corporations whose profits went elsewhere.

Albertans don’t need their government to hold to their ideologies with both hands, Albertans need leadership. They need us, here in this chamber, to listen to Albertans and debate thoughtful, evidence-based solutions that stimulate small business, not argue and pound desks adhering to partisan positions.

It is my fondest hope that when we see today’s budget it will offer Albertans, not another subtle reorganization of priorities based on party ideology, but real hope and a good way forward.

That it will demonstrate vision of who we are becoming in all our diversity and potential; a compassionate and secure society where everyone has enough. That it will unite and strengthen our ability to lead, support and inspire Alberta through another challenging period.