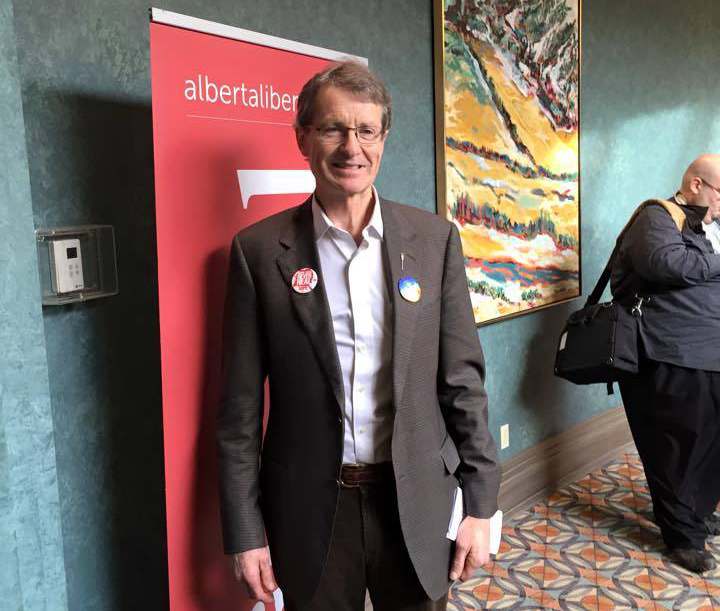 Last Monday, Liberal Leader Raj Sherman announced he would not be seeking a third term as MLA for Edmonton Meadowlark. Members of the party met in Calgary yesterday to appoint an interim leader. The Board made the decision to appoint Swann after taking nominations and hearing comments from the membership.

“I am honoured to have been entrusted to lead the Alberta Liberals ahead of the next election,” says Swann. “The days and months of hard work and preparation begin now. I am ready to take it on with renewed energy and determination.”

Alberta Liberal Party President Shelley Wark-Martyn says the Party is moving forward loud and proud with a clear mandate and a proven leader.

“As a Party, open dialogue and democracy has won the day,” says Wark-Martyn. “We have proven that we can make decisions and move forward."

“Our focus now turns to making sure we are ready to contest the next provincial election.”

Aside from election readiness, Swann says he will also concentrate on calling out government negligence, entitlement, and broken promises when they become apparent, providing credible policy and electoral alternatives, and rekindling hope.

“I am proud to be a Liberal,” says Swann. “We will continue having the courage to speak up for Albertans in need, challenge systems that violate their sense of humanity and decency, and restore hope.”