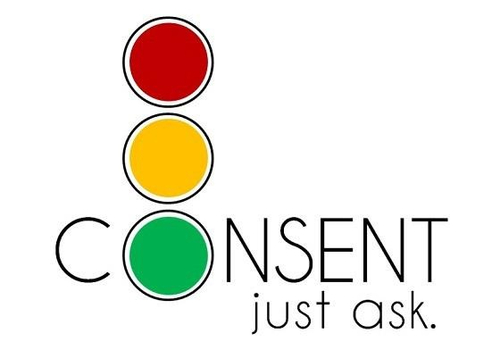 “Given the importance of the issue, we should be teaching consent in Alberta’s sexual education classes,” says Liberal Education Critic Kent Hehr. “This type of learning needs to go beyond the mere mechanics of sexual activity and should include what is actual consent, while looking through the lens of our legal and moral standards.”

Yesterday, at the request of Liberal Premier Kathleen Wynne, the Ontario government announced that it will revise its sex-education curriculum to include consent. Alberta Liberals similarly noted the absence of consent in Alberta’s sexual education curriculum and passed a policy resolution last year calling for its inclusion:

BE IT RESOLVED that the Alberta Liberal Party believes the Government of Alberta should ensure the concept of age appropriate information of sexual consent is specifically mentioned and included in the Health and Life Skills Program of Study, or any similar program, taught under the auspice of Alberta Education.

“We have yet another opportunity to show our willingness to take a proactive, progressive step forward in our education system,” says Hehr. “It is now up to the Alberta government to do the right thing for our students.”

Alberta Liberal Justice Critic Laurie Blakeman agrees and says issues surrounding consent are lessons best learned at a younger age and should be emphasized repeatedly throughout a student’s academic career.

“Teaching consent is a fundamental component of educating young people on the importance of respecting individual rights, reinforcing gender equality, and reducing sexual violence, especially against females,” says Blakeman. “The dual purposes of promoting sexual health and preparing young people for their role as responsible and respectful citizens are served by including consent in the curriculum.

“At the end of the day, students must understand that giving or refusing consent to sexual activity is absolutely necessary even within marital relationships, that no means no, and to ignore a person’s wishes is not only reprehensible, it is illegal.”