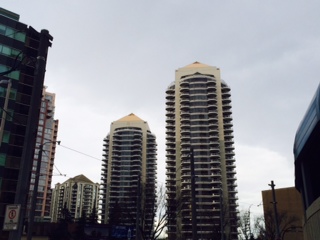 Kang introduced a “reasoned amendment” to Bill 9 that would have prevented second reading because, in the words of the amendment:

“the Bill delegates too much authority to the Lieutenant Governor in Council to make regulations respecting the details of the legislation and, in many cases, does not prescribe specific remedies in the Bill itself, and further input from stakeholders is required to address the provisions lacking detail in the Bill.”

"This is a very important piece of legislation impacting many Albertans, which the government needs to make sure it gets right,” says Kang. “It should not be rammed through in the middle of the night during the dying days of this session just because the PCs want to break for the holidays.

“Many stakeholders are not yet satisfied and would like to get more specifics before this bill proceeds.”

Key stakeholders such as Anand Sharma of the Canadian Condominium Institute and Edmonton condo lawyer Robert Noce are now saying that Bill 9 is not prescriptive enough and that amendments are needed to fix other deficiencies. It will not be possible to properly deal with even a fraction of these if the fall session concludes this week as expected.

Unfortunately, the amendment calling for more time for consultation was defeated. Concerns still remain that Bill 9 leaves far too much to be determined in regulations passed by cabinet.

“After last week’s debacle surrounding Bill 10, I would expect this government has learned the value of taking its time and doing this right,” says Kang. “In this era of supposed new management and more accountability, this degree of government by regulation is simply not acceptable.

“Remedies must be written into the law so that they can’t be changed behind closed doors at the whim of the government.”

Bill 9, which has only been debated for two days so far, is expected to pass 3rd reading by the end of this week.