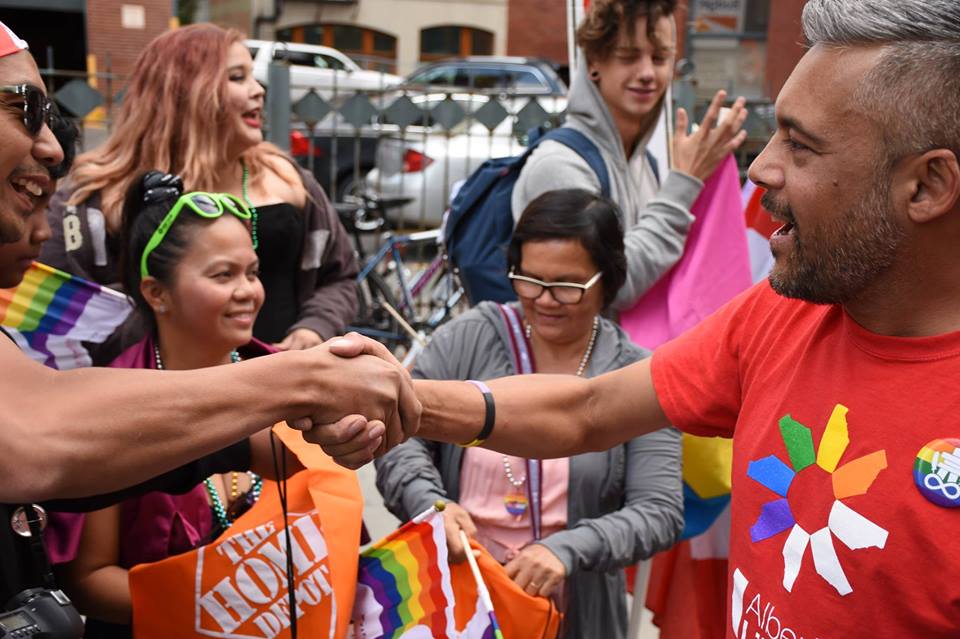 We'll be meeting at 10 AM in the Riverfront Avenue Staging Area Position 130, Zone M (roughly 353, Riverfront Ave). The Parade officially kicks off at 11 AM and runs East to West along 6th Ave and turns north up 4th St to end at Eau Claire Park for Pride in the Park.

If you already have your Alberta Liberal Pride T-Shirts (like Dave's wearing in the photo) remember to wear it! If you don't we will have T-shirts for you.