An Evening with Grant Mitchell 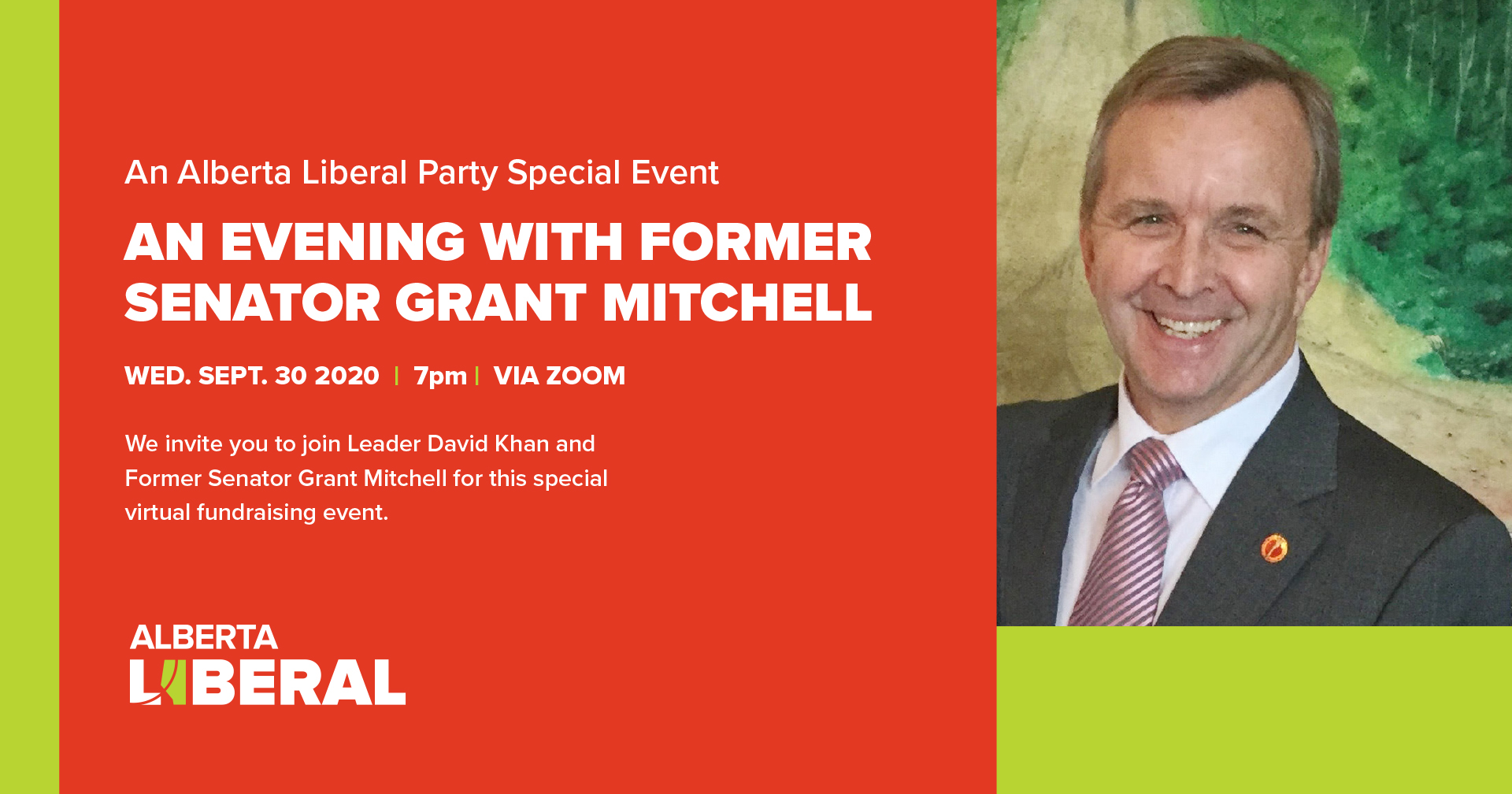 To purchase the event ticket: https://www.albertaliberal.com/grant_mitchell_fundraiser

David is looking forward to an entertaining evening of wide-ranging conversation and hearing Grant's perspective on provincial and Canadian politics.

Grant was elected to the Alberta Legislature in 1986 and re-elected three times, retiring in 1998. From 1994 to 1998, he was Leader of the Alberta Liberal Party and Leader of the Opposition. He was appointed to the Senate of Canada by Prime Minister Paul Martin in 2005 and retired in April of this year. During that time, he served as Vice-Chair on the Senate Energy and Environment Committee, and on the Senate Defence Committee. In 2016, he was appointed by Prime Minister Trudeau as Government Liaison in the three Senator Government Representative Office in the Senate. This Office was established, in the absence of an affiliated Liberal caucus in the “reforming” Senate, to manage Government legislation and help facilitate Senate reform. He sponsored, among other legislation, Bill C-16, the transgender rights bill, and Bill C-69, the environmental review bill. Teresa and Grant are now retired and living in Vernon, BC, to be closer to their three sons, their sons’ partners and their grandson, all of whom live in Vancouver. He has made every effort in the last number of months to regain some fitness and rides his bike frequently and intensely in the hills surrounding Vernon, supplemented by yoga and Pilates sessions, socially distanced “in the park”. He is also working voluntarily as an advocate for a tax credit policy designed to stimulate carbon, capture, usage and storage projects in Canada.