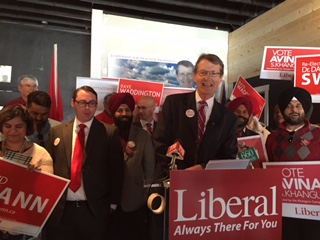 Problem: The gay-straight alliance issue has shown Albertans that Mr. Prentice dithers. Alberta Liberals had to drag the Prentice Conservatives over the line.

Solution: Albertans can count on Alberta Liberals to stand up on progressive issues:

Problem: More than 80 per cent of Albertans live in urban areas, yet our municipal leaders do not have adequate funding to build our cities and towns.

LEADERSHIP FOR ALL ALBERTANS

Problem: While the other parties are beholden to special interest groups – and have a hidden agenda – we represent all Albertans.