Alberta Liberal Leader David Khan announces a bold plan to get Alberta’s finances back on track and grow our economy. 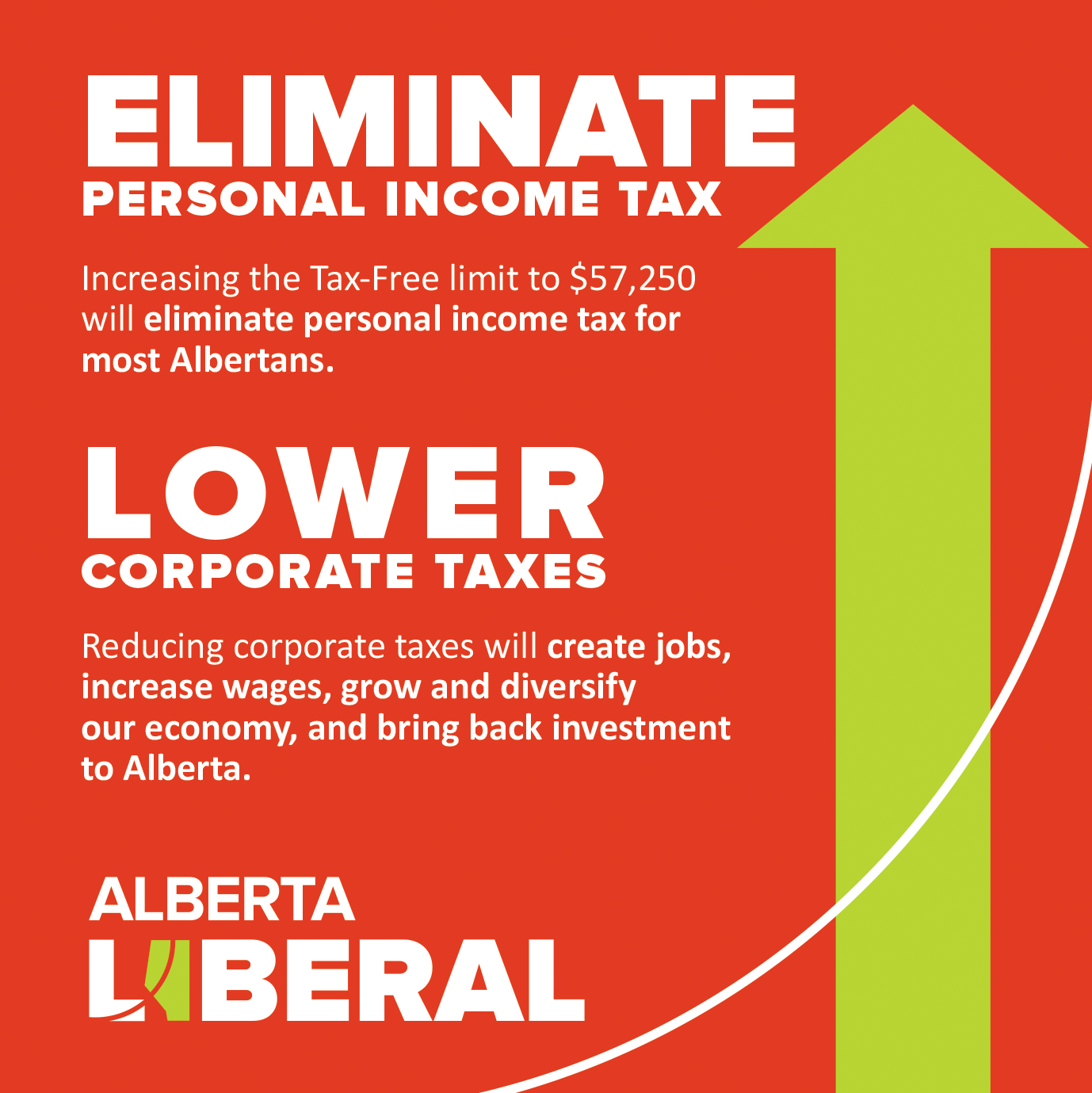 Khan stated, “Alberta Liberals will eliminate personal income taxes for most Albertans. We will lower corporate taxes to stimulate the economy, create jobs and increase wages. We will implement a revenue-neutral sales tax. We will put Alberta’s finances back on track and grow our economy.

“Alberta Liberals will put more cash into the pockets of Albertans. We will help businesses create more jobs. We will provide more stable revenue to better plan our fiscal future and support our public services. We have a smart and effective solution.

Khan stated, “The Alberta Liberals will launch reforms to make Alberta’s Government work for everyone. It is not working now. We will create a more democratic system. We will ensure more Alberta voices are heard in the Legislature.

“We will replace FPTP with a more democratic Mixed Member Proportional Representation System (“MMPR”). MMPR has voters cast ballots twice. They vote once for a local constituency candidate. They vote again directly for a political party. Votes for constituency candidates work similarly to our current system. The vote for political parties will elect representatives from a published list of party candidates.

Khan stated, “Local Government matters. Our municipalities play an increasingly important role in the life of Albertans. But they are disrespected by higher orders of Government. Urban municipalities face unpredictable funding, cost downloading and a lack of cooperation.

“We are committed to granting new revenue-generating powers to Edmonton and Calgary. Cities and their voters will be free to make decisions on taxes and spending. They will no longer need provincial politicians to make those decisions. Local decision makers know best about local issues.